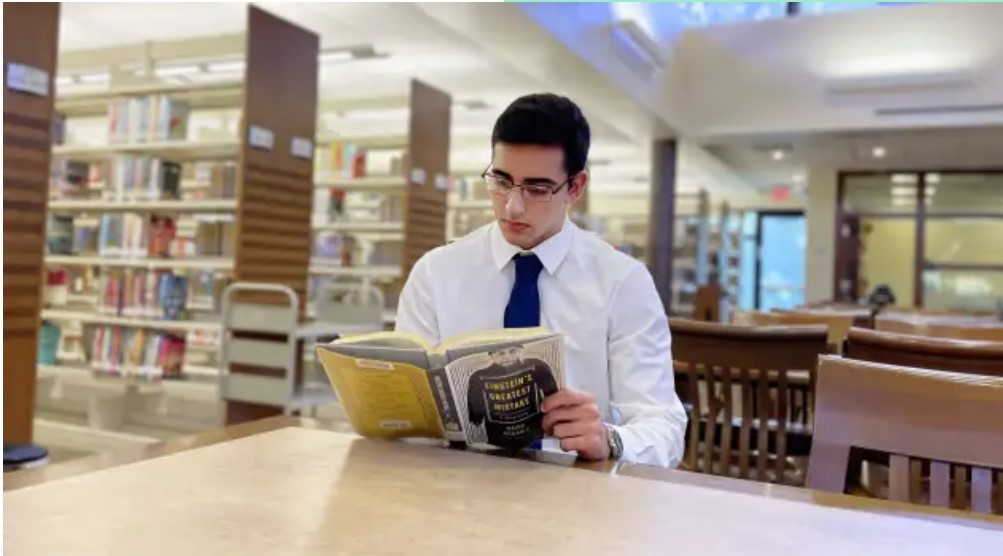 During his senior year of high school, Arash Lahijani realized he could make money through an unusual side hustle: Writing backstories for video game characters. Two months after he started his business on Fiverr, he learned nearly $10,000.

Arash Lahijani was a high school senior when he learned he could make money writing backstories for video game characters.

A friend of his had paid a Fiverr freelancer $70 to do it for a Grand Theft Auto character, he recalls — so he started researching, and realized there was a market. Even better, it was something he could do as a side hustle after school and during weekends.

A week later, in April 2021, he set himself up on Fiverr. Since then, he’s earned $62,400 writing more than 400 character backstories for an online version of the video game Grand Theft Auto, according to documents reviewed by CNBC Make It.

In just his second full month on the platform, he made $9,700. “I never knew that writing could make me $10,000 in a month,” Lahijani, now a 19-year-old sophomore at New York’s Baruch College, tells CNBC Make It.

Unlike professionals who develop characters and plotlines for video game studios, Lahijani specifically writes for users who play Grand Theft Auto 5 Roleplay, a multiplayer computer version of the popular console game. In this iteration of the game, players have to submit character backstories to join specific servers and play with certain users.

Lahijani, whose clients range from “50-year-old dads to 15-year-old kids,” doesn’t make that kind of cash year-round. His extra income is reliant on how many hours he works, and as a full-time student, he can only commit three to four hours per day during the school year: In September, he only made $1,750.

Here’s how Lahijani learned how to write video game character backstories and how he plans to grow his income through writing:

How to write a video game backstory

Lahijani says his writing skills aren’t from English classes or extracurricular interests. At Baruch College, where he has a full academic scholarship, Lahijani is studying statistics and quantitative modeling.

Rather, he says his knack for storytelling comes from writing and listening to speeches. In high school, he was a grade president, the school treasurer and the founder of the computer science club. He also worked with the Nassau County district attorney’s office, as part of a county initiative for school safety.

Those public speaking experiences taught him how to write a “hook” around which his speech would revolve, he says. Those same types of hooks now serve as the first and last sentences of his character backstories, he adds.

Lahijani, who goes by Jimmy can write on Fiverr, offers three types of packages for clients, which cost between $45 and $195 each. The most expensive option, which includes a 10-page backstory that takes about a week to write, is the most popular, he says.

For those premium stories, he asks each client about their character’s birthplace, age, job, strengths and weaknesses and their goals for the future — but those details aren’t required. Lahijani actually says he prefers working with little or no context, because it gives him creative license to make up a story from scratch.

Once, during a bout of writer’s block, he turned on the TV and watched a weatherman. He imagined that person’s backstory, and it became the plot of his next story, he says.

With every character, Lahijani makes up a life event that affected their personality, explains why they’re moving to Los Santos — the fictional city where this particular game is set — and what their aspirations are.

“It’s a virtual world, so if I write about a liquor store owner, that’s how he’ll appear in GTA, dealing with people coming in to buy alcohol,” Lahijani explained. “In my mind, I’m helping my clients see their character through major life events.”

Why his writing will stay a side hustle

Full-time writers at video game studios make an average of $56,417 per year, according to ZipRecruiter. If Lahijani made his maximum of $10,000 per month, he’d earn two times more than that.

Sometimes, he treats himself and his family. He’s put some of that money toward travel and bought his mother a $1,550 diamond necklace for Christmas last year, he says.

Lahijani says he doesn’t plan to pursue a writing career after graduation, opting instead for finance and risk management — but he plans to keep writing as a side hustle.

One satisfied client recently asked if he would write a customized children’s book for their nephew’s birthday. Lahijani didn’t take them up on the offer, but it helped him realize he could apply his writing skills to more than just video games.

“I never realized I could be so skillful doing this, and now I think I could use writing to help other people do other things,” Lahijani says. He recently posted on Fiverr that he wants to tutor high school students on how to write college admission essays.

“I want to give people the confidence to write,” he says.

He make us so proud…

For more detail report and information, or to subscribe to any future *ByKambizMerabi’s* articles, CRE full report, the weekly Newsletter, or monthly Magazine simply Click Here , email  Fidel Hernandez, or call our LA Office at 818-817-0006

To be sure to read all our blogs: email  Fidel Hernandez and you will receive the full article.

To contact about this story and report:  Contact Chey at MOG LA Office chey@merabiandsons.com , To contact the editor responsible for this story: Kambiz Merabi  at MOG contact his assistant Fidel Hernandez, or call our LA Office at 818-817-0006

Stay up-to-date on the people, companies and issues that impact CRE business in USA

We at By Kambiz Merabi raise the bar of  expectations at all our buildings.